Nowadays devices are running in a complex environment composed of software, hardware, wireless signals, protocols, cloud and mobile. Attention to security requires a holistic approach, as the attacker will exploit the weakest link in a chain.

Device Security Tests explore potential entry routes from the hacker’s point of view. This enables efficient detection of the most vulnerable component which is crucial in the constantly evolving IoT world.

What is the scope of sample bluetooth low energy evaluation?

“BLE is one of the most commonly used IoT wireless technologies – popular not only in smart wearables and gadgets, but also smart locks, banking tokens and medical devices.”

We believe that the key to effective device security testing is deep understanding of how it works and what technologies it is using. That’s why we are constantly updating our know-how by conducting our own research.

If you are interested in security testing of your devices use our contact form for a detailed quote. We will contact you to discuss your specific needs, application functionality and broader context, so the results of security testing will have the highest possible value for you.

How did we increase the security of online banking applications?

The client was one of the leading banks with a website for individual and business entities. The scope tests covered transaction website security, payment management services, financial exchange and loan products 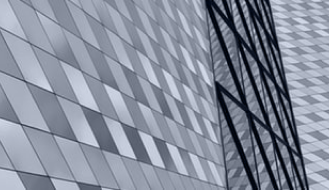 and let’s build your safe future together